I have been a friend of the Bastards MC South East for several years now and when Charly, the Chapter-President and a veteran of the Munich biker set offered me an interview with him and some of his guests from Sweden, I gladly followed his invitation to the “Jailhouse” biker diner in Bad Tölz.

The Bastards MC Germany was founded in the Franconian city of Buch in Wald in 2002. The former (Black & White) coulour was recreated with the famous Motörhead logo in mind. Over the next few years, the club grew constantly, and several chapters were founded: The chapter South East was established in 2012 and became a full chapter one year later. In 2015, South East split up and the new chapter South Side was founded and became a full chapter in 2016. 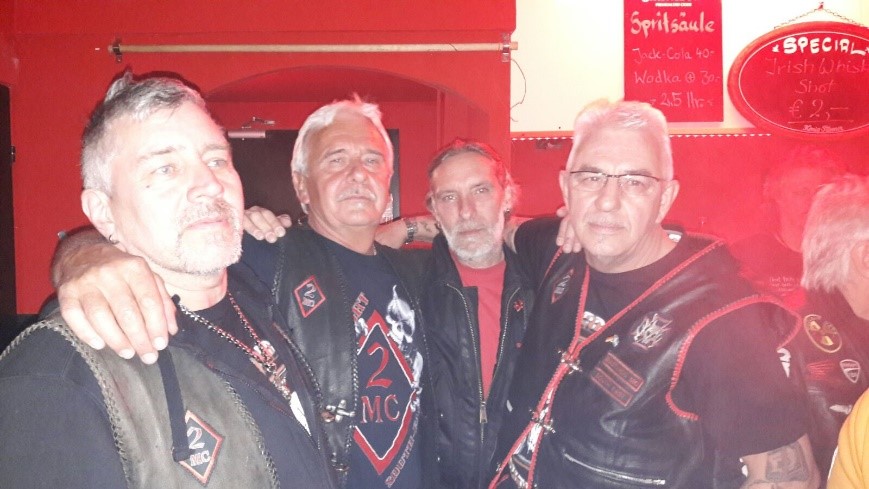 As early as in 2005, first contact was established with the Bastards MC in Borlänge in Sweden. First via the internet – and after a couple of mutual visits it quickly became clear that the chemistry was there and both clubs shared the same values. Eventually, the clubs agreed to ride under one colour in future. By combining the input from the German and the Swedish Bastards, the new colour was designed – and the club is still riding under one colour today.

When asked about the club philosophy, Charly explained to me that the Bastards MC is not a 1%er club: The families of the members are a steady component of the club, and its focus is on brotherhood, having fun, and riding together. He also emphasized that growth is not the primary goal of the club: Potential members have to fit in – time will tell whether they will make the cut and become full members.

Due to the club’s history, there is no single motherchapter; all chapters have one voice. There are, however, the “Big Four” chapters (founding chapters) that determine the overall direction of the club as a whole.

The club is independent and supports no one.

The exchange between Sweden and Germany is very intensive – the German Bastards ride or fly to Sweden at least once a month or their Swedish counterparts return the favor. In addition, all Bastards meet one a year for the so-called Bastards Run that takes place alternately in Germany and Sweden. In order to illustrate the distance: Munich – Borlänge is about 1,700 kilometers – one-way. And the two Swedish chapters of the Bastards MC are “merely” 800 kilometers apart. Without missing a beat, Lasse and Erik told me that they ride this distance on a normal Friday so they can be at the respective clubhouses right in time for the first beer.

One thing that interested me in particular was the differences between the German and Swedish bikers: Overall, the Swedish biker set is much smaller, everybody knows everyone. There are between 300 and 350 clubs in total, most of them are organized in several regional round tables and one national round table. Most MC members in Sweden (over 90%) are riding Harleys, the rest British bikes. When asked about their impressions from the German biker set, the Swedish guests said that the climate between clubs was rougher here – probably because unlike in Sweden, not everybody knows everyone. What the Swedish like most about Germany – apart from the beer – is the incredible hospitality they experience here. According to Lasse and Erik, their German brothers give them the feeling as if they had known them forever! 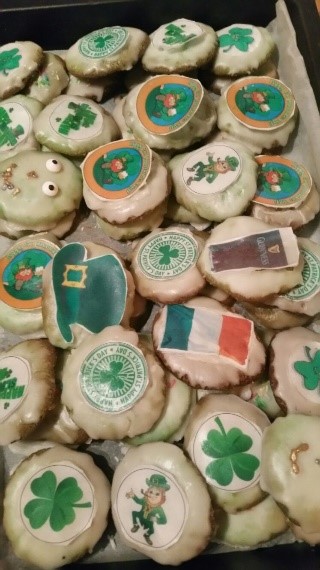 On Saturday, I followed the invitation of the Bastards South East to attend their annual Irish Pub Night with Guiness, fish & chips and live music at their clubhouse in Aying just South of Munich. Together with the Rock X-Mas Party in December, this event is the highlight of the party calendar of the Bastards South East chapter. Together with numerous guests both from their own club and other MCs, SCs, and free bikers, I concluded the day in a relaxed atmosphere with a cold Guiness in my hand, and Irish Folk in my ear, before I got on my bike and rode back home… still whistling the tunes of “Rebel Soldier”: